For players new to Dota, it means Defense of the Ancients. It is a MOBA (multiplayer online battle arena) gaming series for warcraft 3, based on Aeon Of Strife (AOS) map for StarCraft. Objective of the game is to destroy opponent's ancient structure by controlling one of the many Heros that gain levels and gold upon killing creeps and destroying structures. There were many different versions and map but the most popular was DotA Allstars which was developed by IceFrog. Valve Corporation acquired the rights to develop a stand alone sequel Dota 2.

Each game is 5 v 5 based and there's more than 100 heros to choose. Although the map is the same but due to the different combination of heroes, items and strategies, players will not get bored of playing it over and over.

Although Dota 2 started of with a need to purchase access, it changed to 100% free to play and every game you start afresh, hence there is no issue about unfair advantage from expenditure factor. Purchases in Dota 2 are mostly cosmetic virtual goods. It also allows players to trade, gift, sell and even place wagers on tournaments with the cosmetic items. 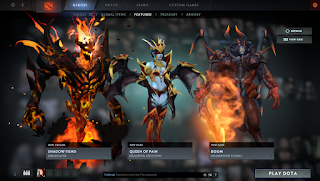 The main thing that makes Dota 2 stand out from Dota is the fact that they made graphics more pleasant, run by source engine, added costumes, match making rating, coaching, speculating games with 2 minute delay and a more user friendly system compared to DotA. Each player has their own user profile, statistics from previous games, replay feature. MMR as mentioned above is used as a guage to match players for their games, so that players of similar skills would be placed in each game. There is a party and a solo mmr, where by each win will increase it and each loss of a game decreases the MMR. Although MMR is the main measure, it is not the only factor used to matching players, it has other factors involved which will try to maintain players winning rate close to 50%.

Dota 2 Reborn is released in September 2015 and it replaced the former Dota 2 client. Dota 2 Reborn now runs by Source 2 engine and supports custom games, so that players can play more variety of maps. For example, instead of the norm 5 v 5, they can try out the 10 v 10 map or tower defence map which was not available in Dota 2. It has also allowed players to design custom maps and game modes. 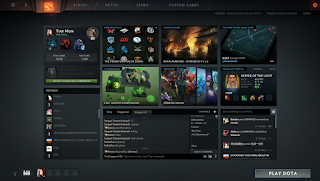 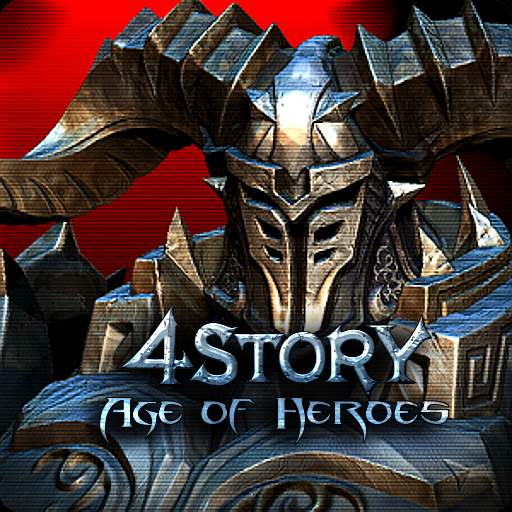